Michael Stanton had reached above and beyond his mental toleration level for his girlfriend, Samantha Matthews. Except for one irritating sexual habit, she was everything that he had ever wished for in a companion. Samantha was very small framed in body; and her petite sized feet were adorable. This was an instant attraction for him; due to the fact that he was not interested in large women. When they had met one glorious day in the park, he had no idea was he was in for. He went into the park with the intention of reading a hard cover book called: {Charles Stanley Richardson}; that he had just purchased from the bookshop down the street. Michael heard about a new (E-Commerce) author that everyone was raving about; but the writer was only known by the name: (The Water Librarian). His friends had said that the person’s work was enough to captivate ones mind with thoughts of sex and intrigue. He was focused on opening this book as he sat down on a secluded bench near a walnut tree; when all of a sudden he had become startled.

What happened next was unexpected

There was a rustling sound of movement, where colorful leaves had fallen to the ground. Michael had jumped up thinking that it had been a squirrel. His memories of those small creatures weren’t nice ones; after being bitten last summer by a big one. What he then saw was the total opposite of what he had expected. There was a beautiful young woman, resting comfortably in a heap of well bunched leaves. She had made a bed of those dirty things and her thoughts seemed far off in another world. Michael Stanton was now mesmerized and probably stared quite a few moments before he realized that she did not see him. What was she thinking about?

He knew that she was breathing; because he saw her chest going up and down; but her gaze into the beyond was loud and clear. This girl was using her imagination really hard and had seemed to escape reality for a while. Michael then saw her blink and then she had inhaled very deeply. This is when he unexpectantly sneezed; and had brought this young woman back to present moment reality. He smiled as his gaze was met by two eyes with aqua green pupils. Unfortunately, she was not happy to see this man standing above her; realizing that he was the reason that she jolted out of her fantasy world. She then screamed at the top of her lungs; “No, I wanted Frank to penetrate me and you ruined it.” – Michael was taken back for a moment as he said, “What are you talking about, and who is Frank?”. The only thing that followed was her rambling something about him running his fingers up and down her thighs, with the melted chocolate dripping from his nails. She had arisen and stomped her feet in the leaves beneath them. The beautiful girl was so angry that she was unaware that her wallet had fallen from her pocket; along with a few condoms

. She stormed off without another word to this stranger who had woken her up.

The Next Best Thing To Do

Michael did not want to lose another opportunity to see this girl again; so he allowed her to continue walking away. When she was clearly out of sight, he then reached down and retrieved her wallet. He had momentarily forgotten about his newly purchased sex novel. Michael Stanton decided to head home, to view whatever was inside of her wallet for himself. She was a bit rude, but he fully understood that he had awakened her; when she desired to stay in whatever state she was in. Michael was just four blocks away from his penthouse apartment, and the Chinese restaurant was next to his building. He ordered some roast pork, with fried onions and steamed broccoli; not forgetting the soy sauce packets. As he rode his elevator to the top floor, he remembered some of her words, {the chocolate was dripping from his finger nails} is what she had said.

When he was settled at his table tray with the television on the news channel, he then reached for the wallet of the sexy stranger in the park. Michael was not impressed at what she had inside of her wallet. It seemed as if the wallet had belonged to a man; or perhaps her little brother. He then found a worn out drivers license and then went to google map her address; to see how far she lived from his home. There was also a small piece of paper inside that had a handwritten note, which was clearly a list of nicknames that she had given some men. It said that Tony was a small penis crammer, Dennis was an anal clown who disappointed her all the time, and Frank was a chocolate stick. Michael didn’t even know this girl and was feeling slightly annoyed to think she might be a second hand prostitute or something like that. With wallet in hand, he got in his car and drove the 30-minute distance to her house. When the young lady opened the door, she was delighted to see that her wallet had been returned. A second later, she decided to open the door and allow the handsome gentleman to enter for a cup of coffee. Michael had already learned that her name was Samantha Rothchild Matthews; and she had a really filthy mind. Surprisingly, they laughed and talked for almost an hour and a half before Michael departed with her phone number. He did learn that she heavily dated as a single and free woman; who was open to seeing him too. 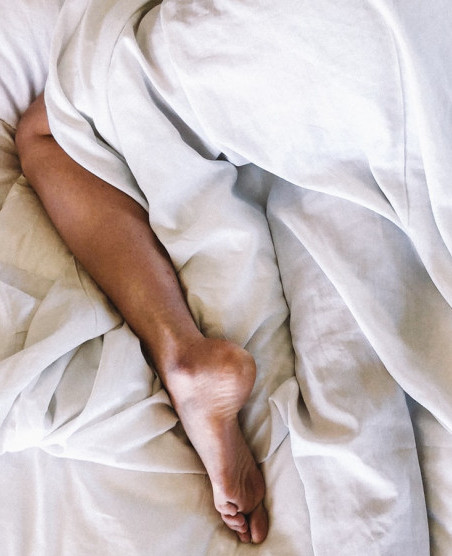 They were now a happy couple who looked extremely dashing together; but Samantha had a habit of falling into these strange (trance type) spells. Her heavy sleeping also consisted of thrashing wildly in the bed. It would sometimes seem as if she wasn’t able to control herself, nor wake up from whatever it was that forced this type of erotic body movements. Not only would she keep her eyes open in the midst of sleeping; but she had a habit of repeating really lewd sexual blurts and verbally revealing whatever she was doing with the men she dreamed about. This behavior was not something that Michael enjoyed. The night before last is when Michael had finally had enough of what he continued to hear from this beautiful woman.

She was staring toward the ceiling and was overheard revealing the following things:

{“Robert I understand that you are not human and cannot remain on earth. You are the second in command on your planet and only came here to sample the hot fleshy vagina of six human women. I am happy to have been number six and still promise to lend my petite sexy body; to the next eighteen aliens who will be following your command to visit earth. Although my breast are small, I will allow your men to penetrate me every other day to experience having larger breast. I agreed that they can shoot their lava radiation through my nipples, as you protect me from burning. I trust that this is only so that I am able to breast feed their children, when I become pregnant with the next race that shall inhabit this earth in 20 more years. You promised that I would never die and continue to offer my vaginal services to their heated components that feel like human penises.”} Samantha remained sleep as she continued her conversation with some invisible creature. The more she swirled around in the sheets, the sicker he had begun to feel.

The moment that ended it all

Michael then heard something that took his breath away. She said, “I will be in the park tomorrow with leaves beneath my buttocks; waiting for Frank and then you to penetrate me again.” It will be windy, so the elements of the wind and the nutrients that you get from the leaves should be enough to guide you down to me. Michael had only one thing left to do, with tears in his eyes and determination to leave this woman with dirty deeds – Michael Stanton called a cab to take her home.

He had no choice the next day but to call the proper authorities dealing with (Alien Sightings) and strange behaviors; to secretly report his former girlfriend for the sake of humanity. He wanted to live beyond the next 20 years with a normal woman who did not experiment with her body. Now he understood why she was so angry that he had woken her up on that first day. Samantha Rothchild Matthews was having sexual intercourse with someone that he could not see; who for some reason was able to mingle his fingers with some form of invisible chocolate. Michael Stanton was now a single man, as he closed the door of Samantha’s cab for the last time. Michael felt heavy hearted for the next few days; as he ignored all of her calls. He did not know how to tell her that he knew about the elemental sex that she had with aliens; and did not know what to do when his own penis had begun to glow two nights later. “Oh my God,”. he touched her contaminated vagina with his own penis too.”. Now (NASA) would have to know.

His last thought was, {No wonder her wallet was so empty – they did not have USA currency to pay for her sexual favors.} They simply promised her a supernatural form of life; to be the queen mother of their alienated children. Michael’s ex-girlfriend was a prostitute for aliens from another planet. To forget about his present woes, he went to get that book that he had purchased on the day he met Samantha. Now he wished he had found another bench to sit on that day. For the rest of his life, he will question the motives of every woman who relaxes on top of the fallen leaves in the park.

Feel free to return, at a later date to purchase the full story (Charles Stanley Richardson) that Michael is about to read at www.murkylibrarian.com

Would you like to have this story continued (Part 2) beyond this ending? – feel free to leave your comments down below. This will be a consideration, by the amount of interest that this story receives. Thank you again, for visiting, murkylibrarian.com – I hope you enjoyed a little sexuality mixed with some (Sci Fi Interaction).

Click link below to assist you with practicing safe sex.

Also you are welcome to leave a donation of your own choosing, if you have enjoyed this tale. Any amount will be very much appreciated; and would encourage the librarian to write more exciting tales for you to enjoy. Click PayPal Button Below: